In this session, Richard Mullender draws on his experience of negotiating with the Taliban, dealing with extortion threats overseas and diffusing domestic sieges to teach you how to listen like a hostage negotiator so you can strike better deals.

Learn the lessons that Richard has learned first-hand from hostage negotiation. I this session, Richard will teach you how to listen, understand and influence; giving you a distinct business advantage.

Imagine you’re on the end of a phone negotiating the release of hostages. Diffusing a domestic siege. Or dissuading a would-be suicide. Think how well you would need to listen, understand and influence. Our founder, Richard Mullender has done all of these over the phone. Many times. So he knows a thing or two about remote communication. A skillset he’s ideally equipped to share with your team. The skills that Richard teaches in his Virtual Workshops apply to all aspects of business communication.

Richard Mullender has a background working as a London detective and hostage negotiator. Word of his interviewing skills spread and he was asked to become Lead Trainer at Scotland Yard’s National Hostage Negotiation and Crisis Unit.

Every day Richard taught experienced police officers to handle the toughest negotiations. But one day, as he watched his people negotiate, he realised they were falling short. Either they were lacking, or the training was. He decided it was the latter.

So Richard left theory to the backroom boys and introduced an intensely practical approach to teaching life or death listening. By drawing on his experience of negotiating with the Taliban, dealing with extortion threats overseas and diffusing domestic sieges, Richard radically overhauled protocol at Scotland Yard.

Learn how to turn information into intelligence

Instead of training rookie hostage negotiators to listen purely for facts and emotions, he delved deeper. He taught them to identify motivators, values and levers. Right down to specific key words that are the most powerful indicators of states of mind. By turning information into intelligence, Richard’s team of negotiators learnt to understand the people they were talking to in a very short space of time. A life-saving skill when negotiating with hostage takers or potential suicides.

Richard’s eminently practical approach impacted on the global scene too. Hugely influential bodies from the United Nations to the Federal Bureau of Investigation invited him to share insights with them.

In this session, Richard has one simple mission: To teach the business world to listen like hostage negotiators so they can strike better deals. 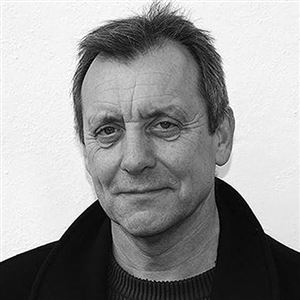