Partnership Group Meeting, chaired by Peter Knight and hosted by Ravensworth. The meeting is attended by up to 15 non-competing estate agency members for the purpose of sharing, discussing and collaborating on current issues and ideas.

In this session, Peter facilitates discussion among group members to work on the issues, ideas and opportunities that they face today. Peter has chaired over 1,000 meetings over the last 15 years and many of the participants have gone on to become highly successful business owners. He has developed a methodology that is proven to provide participants with:

As an owner of a small business, I found Peter's one-to-one coaching sessions invaluable. Working with Peter has had a dramatic and positive effect on both my professional and personal life. Rachel Ritson, Grisdales

Peter's session on creating an 'Everest Mission' is one of the most practical & important business tools I've ever been shown. Mark Ross, Redbrik

There are few people that attack life with the tenacity and energy that Peter has. Peter is a real teacher, someone with the extraordinary ability to challenge (and hold) everyone he meets, and one of the most memorable speakers and people I have encountered. Working with Peter was one of those lifetime experiences which I talk about to this day. Working with Peter is an adventure....do try to keep up! Sally Shuttleworth, CEO Marketing Centre SA

Peter is simply inspirational. If you need someone with heaps of innovative and intellectual thinking capacity combined with the rare skill and passion that is required to drive a concept through the heart of an organisation, winning hearts and minds along the way then Peter is your man. Ian Webb, Marketing Director, David Wilson Homes 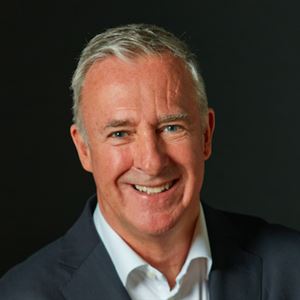 Environment expert Professor Stephen Heppell discusses optimum settings for learning and work environments to encourage engagement and how asking your team 'how can we do this better?', can lead to some exciting and innovative ideas in the business. As Stephen says, "the environment really matters because it's not a given, it's a question". So, how can we measure our environments so they perform better and our employees thrive?

Professor Stephen Heppell has been a professor since the 1980s, he has an unrivalled track record of success and a string of huge projects in both Learning and Technology. He is credited with being the person who put the C into ICT. His support for better Learning is sought by everyone from governments and major corporations, through schools and universities, to elite sports - lately England Rugby, and Team GB's elite Olympic coaches.

Everyone needs better learning. A pioneer of multimedia and CD-ROM before the Internet, post-internet Professor Heppell created and led what was the Guinness Book of Record's largest internet learning project, years before Google, Facebook et al. He has been, and continues to be, at the heart of many world leading projects since. Professor Heppell’s learning design work extends beyond the digital and virtual. Pioneering learning space designs include the UK “Classrooms of Tomorrow” project, much work in the UK Building Schools for the Future initiative, and today school and university building projects ranging from Peru to Spain, from Australia to SE Asia, from Syrian refugees to some of the wealthiest learning institutions in the world. Pivotal research including the learnometer project analysing the light, temperatures, CO2 and more that contribute to better learning and working spaces, have led to Stephen being in considerable demand to transform physical learning spaces in education, but also everywhere from new media to the Australian mining industries.

So much work and so many projects contribute to Stephen's presentations which are entertainingly rich in practical experience and stories drawn across many sectors. Keynote inputs are often followed by an in-depth masterclass, or seminar conversation to explore things in greater depth.

"The most influential academic of recent years in the field of technology and education." UK's Department for Education and Skills

"Stephen has a vast portfolio of successful, large scale, learning projects behind him." JISC 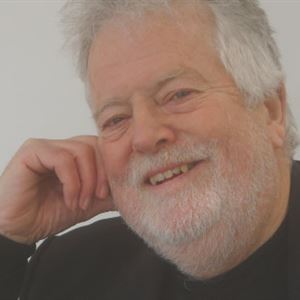