Leadership Group Meeting, chaired by Peter Rollings and hosted by David Lee. The meeting is attended by up to 15 non-competing estate agency members for the purpose of sharing, discussing and collaborating on current issues and ideas.

In this session, Peter facilitates discussion among group members to work on the issues, ideas and opportunities that they face today. Peter uses a methodology developed by Property Academy that is proven to provide participants with:

Peter is former Managing Director of Foxtons and CEO of Marsh & Parsons, which he sold for a record multiple. His leadership strength lies in his ability to unite teams behind a common goal. In addition to chairing Property Academy Meetings and coaching agency owners, he is also an NED for Foxtons, advisor to Inventure Recruitment LLC, a US-based recruitment firm; non-exec at Sherry FitzGerald, the agency that helped him buy and expand Marsh & Parsons and an Investor in Viewber, the outsourced property viewings company. 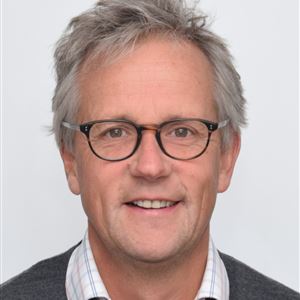 Psychologists define resilience as the process of adapting well in the face of adversity, trauma, tragedy, threats, or significant sources of stress—such as family and relationship problems, serious health problems, or workplace and financial stressors. As much as resilience involves “bouncing back” from these difficult experiences, it can also involve profound personal growth.

While these adverse events are certainly painful and difficult, they don’t have to determine the outcome of your life. There are many aspects of your life you can control, modify, and grow with. That’s the role of resilience. Becoming more resilient not only helps you get through difficult circumstances, but it also empowers you to grow and even improve your life along the way.

In this workshop you will learn from SAS Veteran Colin MacLachlan about mental resilience. He will share his experiences and how he used grit and resilience to get through some extremely challenging situations.

Colin Maclachlan is a former SAS soldier with over 25 years of security and risk related experience, best known for appearing in Channel 4’s SAS: Who Dares Wins and Channel 5’s Secrets of the SAS.

Colin was involved in some of the most high profile and daring SAS missions in recent time. Only a handful of men have been involved in hostage negotiations, hostage rescue and been a hostage themselves and Colin is one of them.

On one mission, Colin waded through swamps in Sierra Leone to hunt down the ‘West Side Boys‘, a guerrilla gang holding 11 British soldiers hostage. It was a mission so dangerous they nicknamed it ‘Operation Certain Death’.

Maclachlan was also the first sniper on the scene when a hijacked flight with 180 passengers landed at Stansted. Sparking a four-day stand-off, it was the longest standing hostage siege on UK soil to date.

Four years later, Colin found himself on the other side of a rescue mission after he was taken hostage in Basra. Blindfolded, battered and stripped naked, he had a gun pressed to his head and the trigger pulled, as his captors held mock executions. Colin only survived long enough for British troops to rescue him because the terrorists wanted to film his suffering in a propaganda video before they executed him.

Colin left the SAS shortly after completing an exchange programme with Delta Force and Seal Team 6, and has since provided security consultancy for the Saudi Royal Family, Celebrities and US Media Networks.

Colin has a First Class MA (Hons.) in History from Edinburgh University and an M.Litt in Terrorism from St. Andrews University. 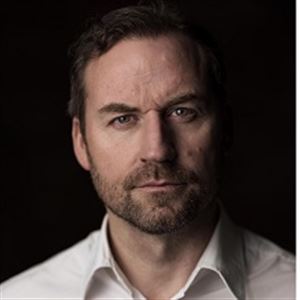